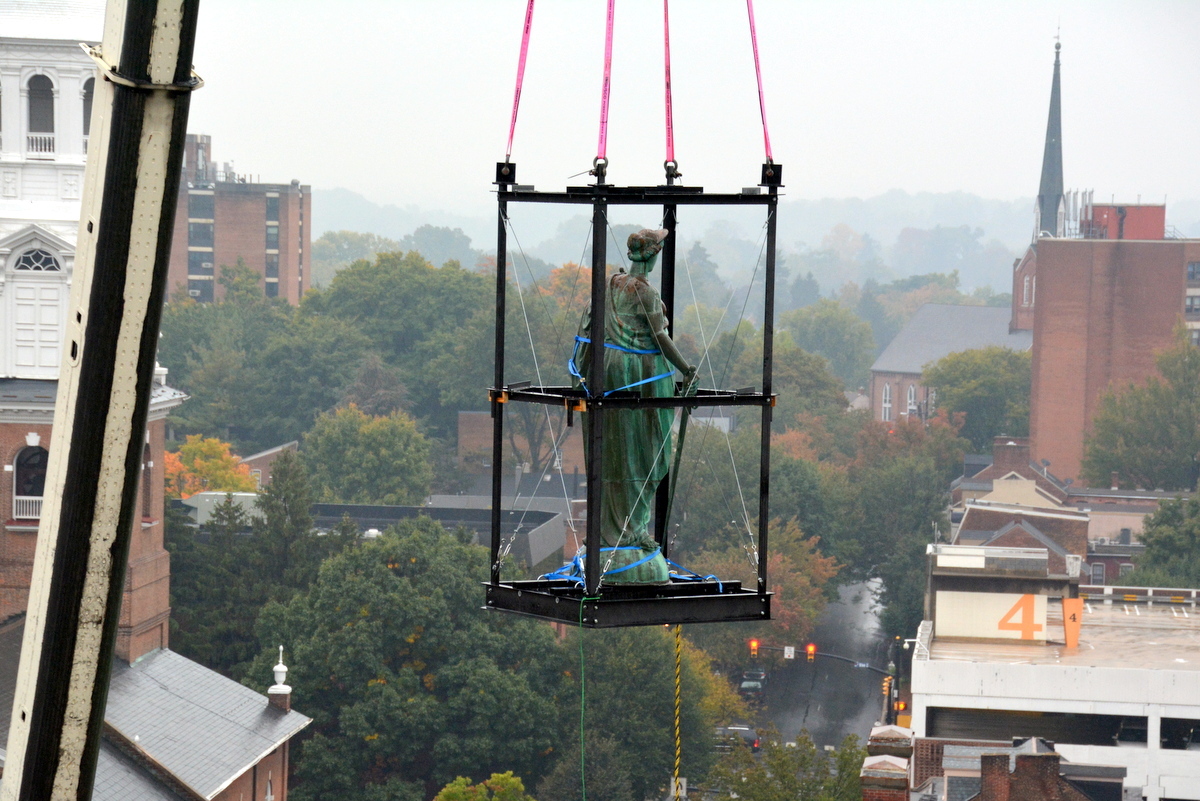 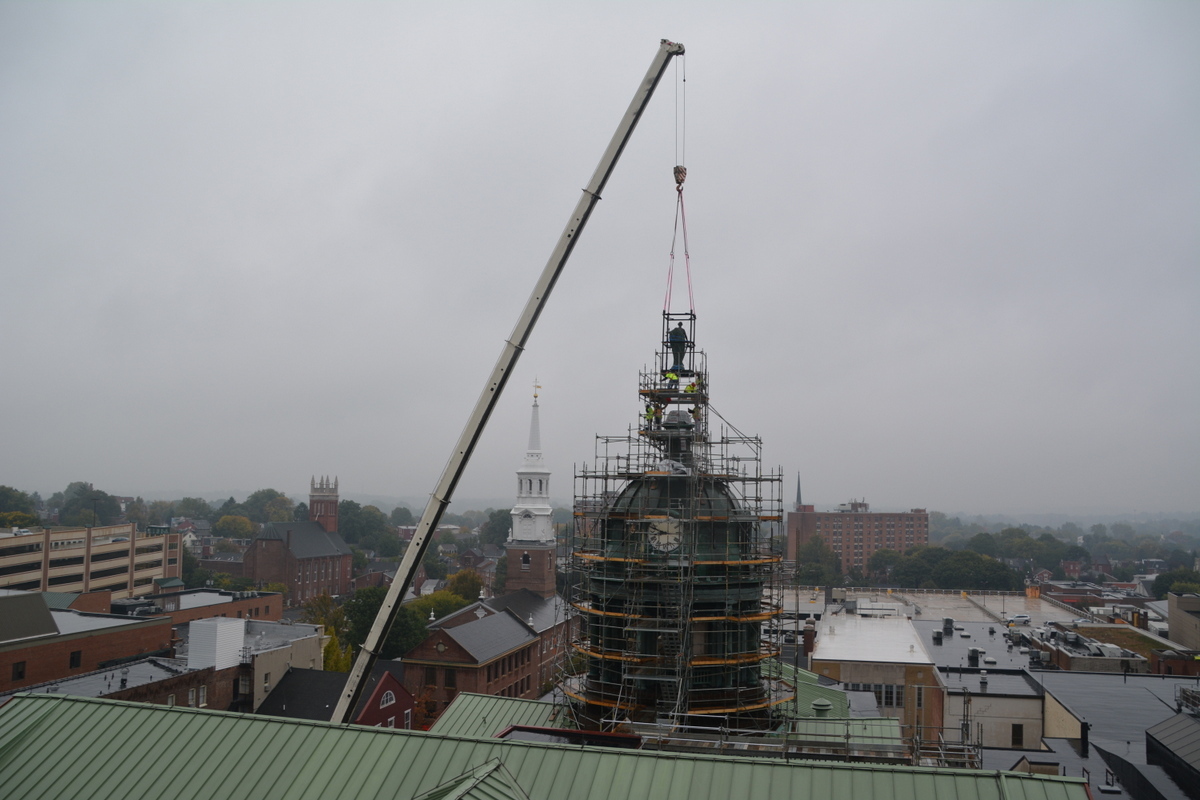 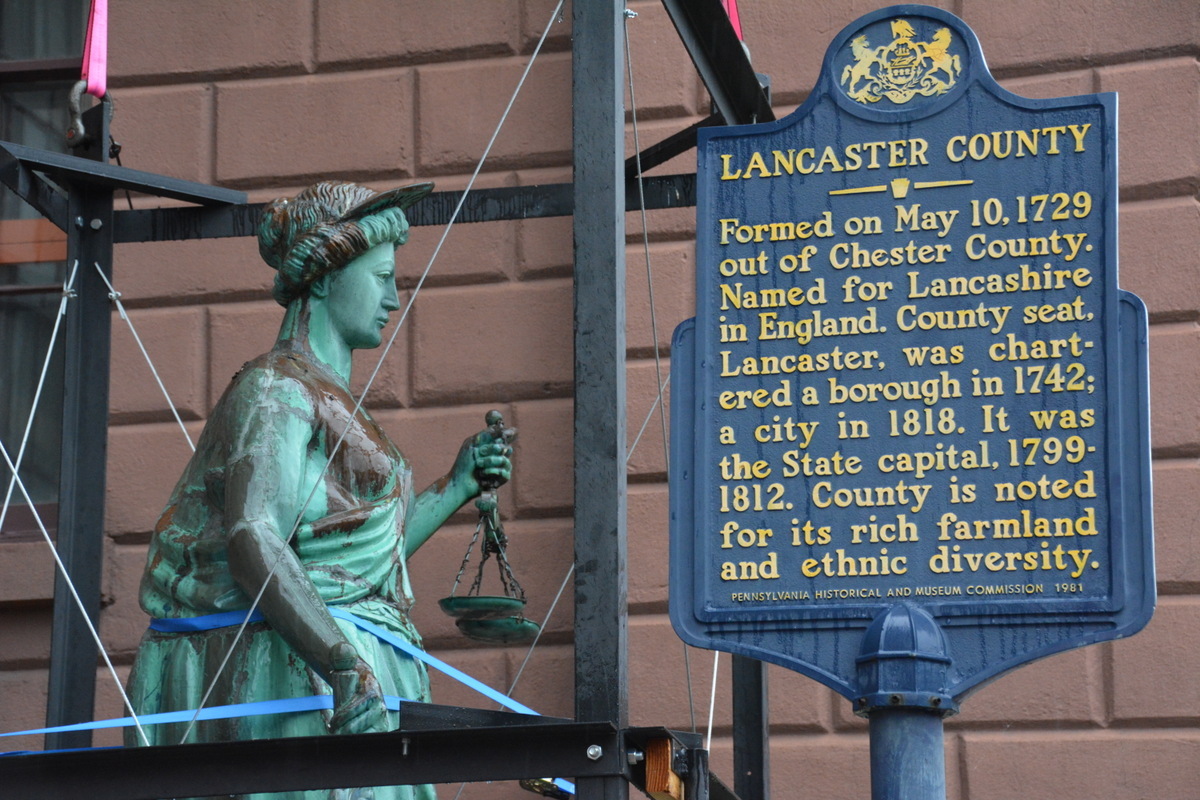 Once removed from the Historic Courthouse dome the nine foot tall Lady Justice sat on display in front of the Courthouse at 50 N Duke St, Lancaster, PA for nine days for the public to enjoy but not touch the statue before she was sent to Philadelphia for a 6-7 month repair and restoration effort

“Lady Justice is a treasure, an icon that symbolizes our judicial system,” said Judge Joseph C. Madenspacher, Lancaster County President Judge, “I have always encouraged the county commissioner’s office to preserve the Old Courthouse and I am pleased to see the money being spent to restore such a grand and prominent structure.”

This statue is the second statue to be perched atop the Courthouse. The first statue, carved from wood and erected in 1854 was removed in 1929. The head of the original statue is displayed in Courtroom A of the Historic Courthouse.